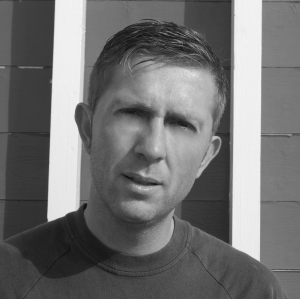 Society wants to know what prison is like “An interesting place to visit but you wouldn’t want to live there” A 1hr stand up about entering and going through the prison system, it comes from the award winning book and the experiences of others serving sentences at the time.

Audience Info: Very minimal swearing if any at all. 60 minutes

Introduces the prison system, explains the process from police station to court to prison. Explores the current crisis in the system and how we have doubled the prison population in the last 10 years. Gives examples of rehabilitation programs that reduce re-offending and focus on a rehabilitation model which society needs to understand. The delivery of the stand up like the book is delivered in a comic, entertaining way that entertains and informs on a subject people need to know more about.

From the start of his career Frankie had suffered from Hypermania part of the Bipolar family. He had managed it without treatment but the illness started to accelerated and within 8 months he had spiralled into chaos and sentenced to a year in prison. Frankie was released in August 2011, whilst in prison he had entered The Little Book of Prison A Beginners Guide to the Koestler Trust annual arts competition and won the Platinum Award for non-fiction judged by author and comedian Will Self. Soon after he secured a publishing deal and has since been published by Huffington Post, Sabbortage Times and The Royal Society for the Arts. He has been invited to speak at conferences and Universities and has been supported by many organisations in the  justice sector. He recently met with Jenny Chapman shadow minister for prisons to feed ideas into the next Labour manifesto.

Frankie is passionate about education and restorative justice, he believes that prison policy should encourage creativity. He knows that these opportunities will enable more prisoners to express themselves and focus on a positive future after release.

How to use ‘What’s Happening?’

Below you can select a category, subject or genre to help you decide what you'd like to see at the Fringe. If you are interested in seeing shows about Mental Health or perhaps fancy seeing some Live Art, then simply select from the list below to bring up a list of events to interest you.